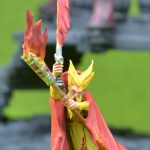 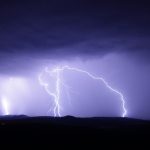 The two most popular spells in Age of Sigma by far are the Arcane Bolt and Mystic Shield spells. These can be found in the basic rules and can be cast by just about every wizard in the game. Wizards may have other signature spells too, but they will be able to cast these two as well.

Arcane Bolt is the easier of the two to comprehend. You choose a target, see if you hit, and if you do, you cause D3 mortal wounds.

The Mystic Shield is a little more tactical. Instead of killing your enemies directly, Mystic Shield affects one of your units by improving thier basic save by 1. This doesn’t sound like much but it’s quite surprising how much a single point of armour save helps. Remember that this bonus can be combined with other saves like woodland cover save or re-roll bonuses from having shields.

When selecting a unit choose one that you think will be needing to make alot of saves that turn. This could be from close combat or shooting attacks. Most magical attacks cause mortal wounds that will not be saved from this spell.